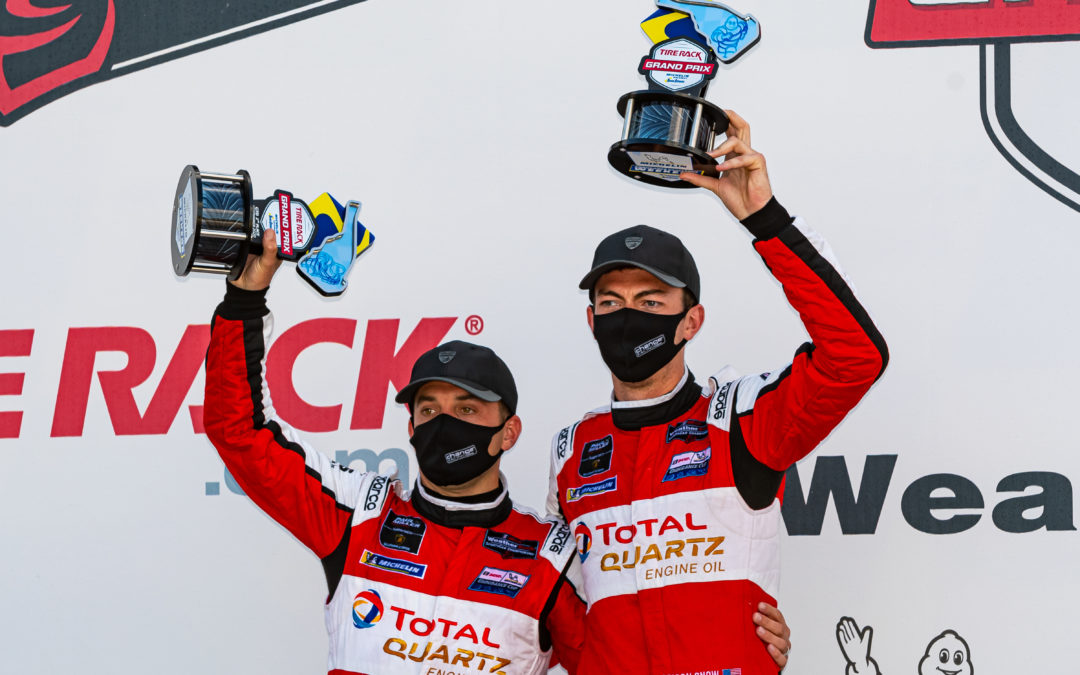 Madison Snow started the six-hour TireRack.com Grand Prix from the second position and negotiated a chaotic start—one that saw two prototype cars spin across the track—with expert car control to take the lead after the first corner.

Snow, Bryan Sellers and Corey Lewis held onto a commanding lead through most of the first four hours—leading 136 of 245 laps during the race—before a yellow flag erased Lewis’ gap over second that had, at one point, topped 22 seconds.

Lewis handed the No. 48 Lamborghini over to Madison Snow during the caution, dropping the team down to third place on track. During his stint, Snow worked his way through to second position before Sellers resumed at the helm for the final 55 minutes.

Bryan Sellers was able to hang on to second place despite intense pressure from the No. 16 driven by Patrick Long behind, as well as a late-race caution and two-lap shootout to close out the race.

The second place finish, as well as leading at the three-hour mark of the event, extends the Paul Miller Racing team’s lead in the Michelin Endurance Cup from three points before the weekend to eight over the second place No. 44 after two of four rounds—27 to 19—and 10 points ahead of the No. 86 in third.

“Everyone performed so well on the team all weekend,” Paul Miller Racing founder Paul Miller said.

“Our drivers drove remarkably well for all six hours of the race, the crew really executed on pit stops, and our engineers made sure we had a great car.

“It’s really an incredible result when you look at the competition of the IMSA GTD class and the caliber of drivers and teams we compete against in this series. I’m grateful for our second place finish and look forward to extending our championship lead even further in the last two endurance rounds of the season!” 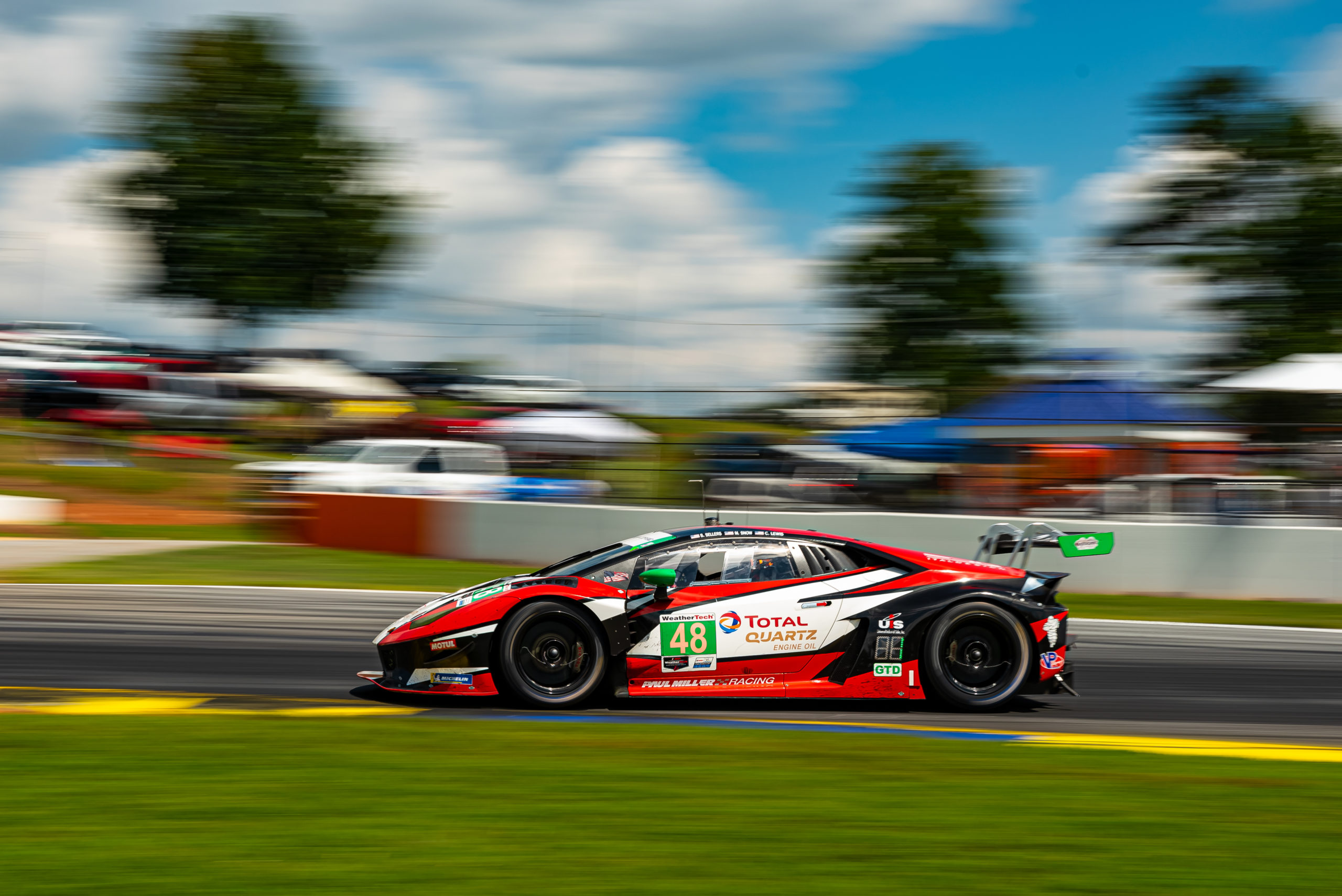 Bryan Sellers
“It feels really good to be back on the podium at the team’s home track. We led a ton of laps, basically up until two hours to go. It’s disheartening to not lead the final two when you lead the first four, but I think we still had a great race. We had a great car, but in the end, we just didn’t quite have enough to win.
“I think we showed as a team that we had a really good day and have three good drivers. This is a really great result and more than that, it’s fun. Battles like that last hour are what we come here to do. It’s awesome to battle against guys like Patrick Long and it was nose to tail for a long time, so that was enjoyable. I’m really glad we were able to come away with some points for the Michelin Endurance Cup.”

Madison Snow
“It was a good race! A long one, but definitely a lot cooler temperature-wise than we were expecting, which was good. Our car was amazing when I first got in at the start of the race, and the cooler temperatures definitely helped.
“And, it was still really good there at the end. It was a long race though, and it’s a bummer to not come out on top after running so well. That being said, we got second place, extended our points lead in the Michelin Endurance Cup, and led at the three-hour mark to get even more points towards that championship. Almost a perfect weekend!”

Corey Lewis
“It’s a great weekend for Paul Miller Racing. To be back on the podium is fantastic and it’s great for the points in the Michelin Endurance Cup. I’m so happy to be back with this team again, they’re such a great group and delivered an awesome car today.
“It’s yet another good finish with myself and Madison and Bryan, and it’s always nice to do well with those two in the car with me. It was a great race for everybody involved. The boys did an awesome job with the pit stops and it’s more hardware for all of us at the end of the day!” 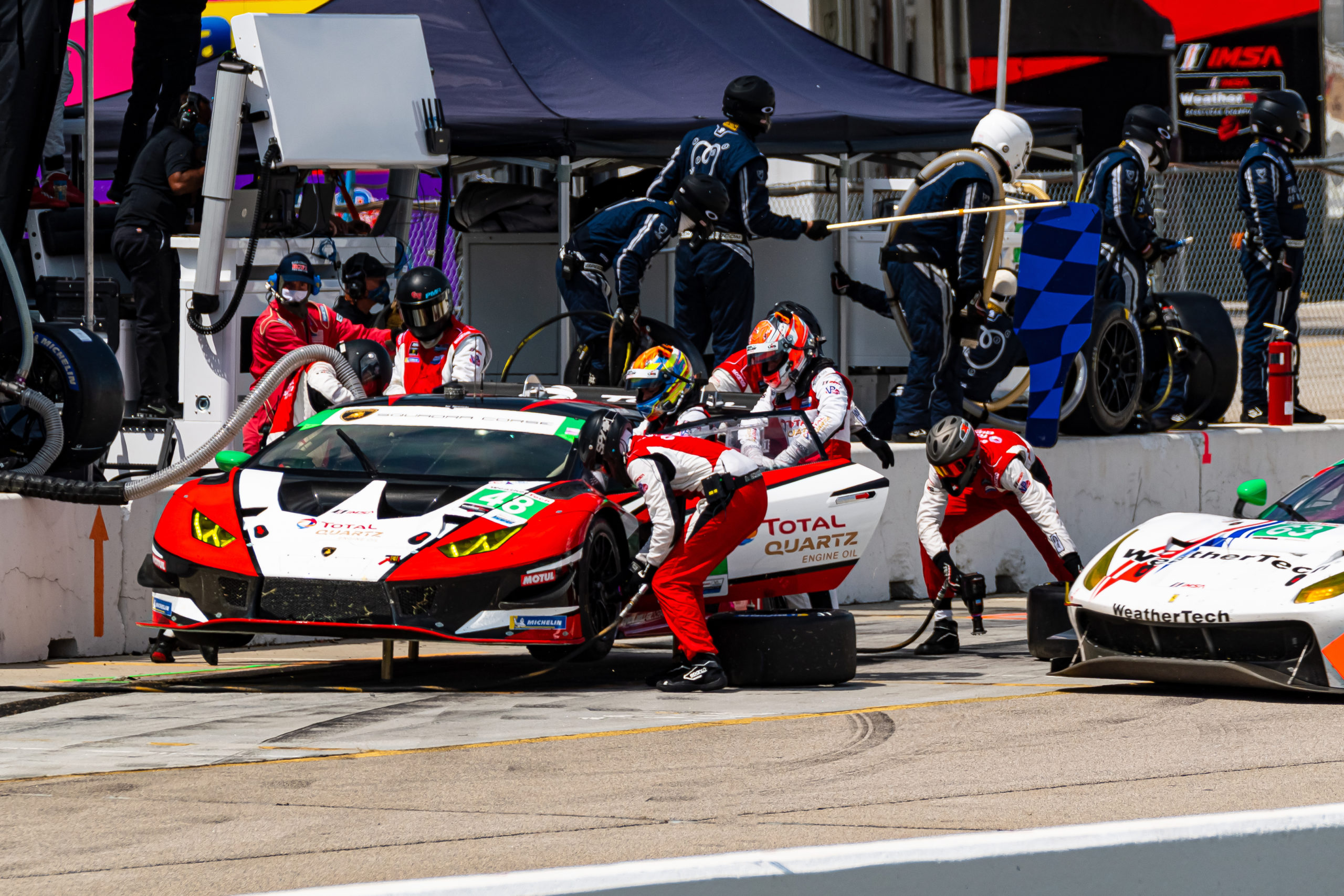