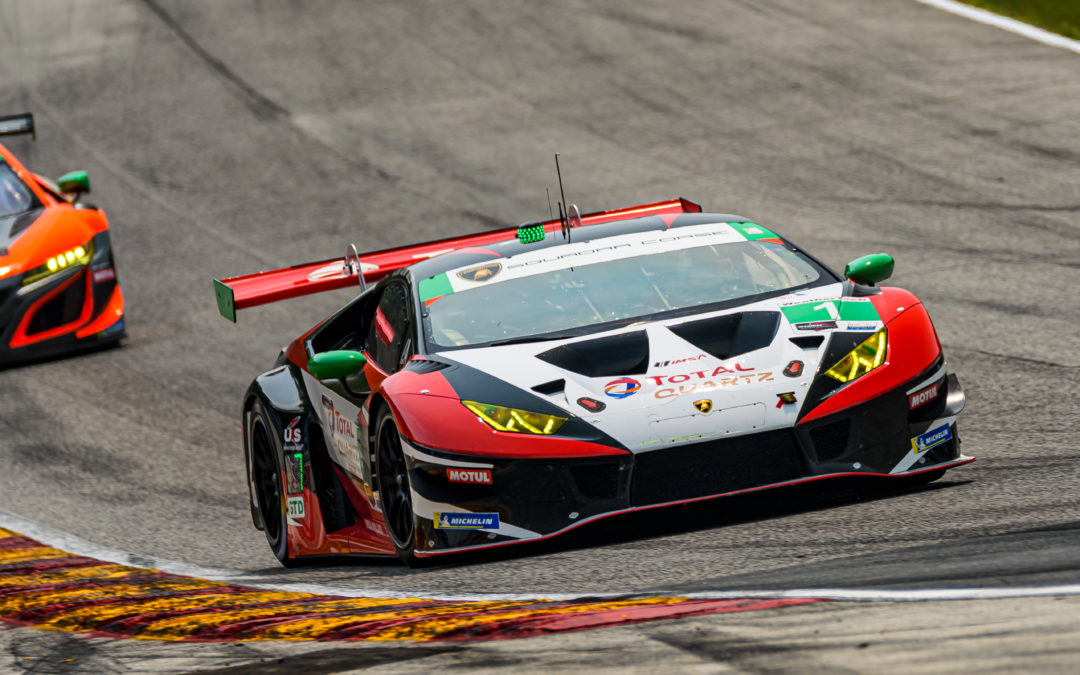 Elkhart Lake, WI (Sunday, August 8, 2021) — The Paul Miller Racing team battled back to a seventh-place finish at Road America after a strategy gamble dropped the No. 1 to the rear of the IMSA WeatherTech SportsCar Championship GTD field.

It was Madison Snow that started the race in the Total lubricants-backed Lamborghini Huracán GT3 EVO, moving up from the eighth position to sixth in the early stages of the race. The team was able to pit Snow without him losing any positions by calling him in moments before a yellow flag was thrown.

The Utah-based driver got up to the fourth position on track before handing over to Bryan Sellers with just over 90 minutes to go.

Unfortunately, a second strategy gamble did not pay off for the team, miring Sellers in the rear of the field for much of his drive.

But, Sellers was able to close the gap to the cars ahead and advanced several positions in the closing minutes of the race—working his way up to seventh at the flag. 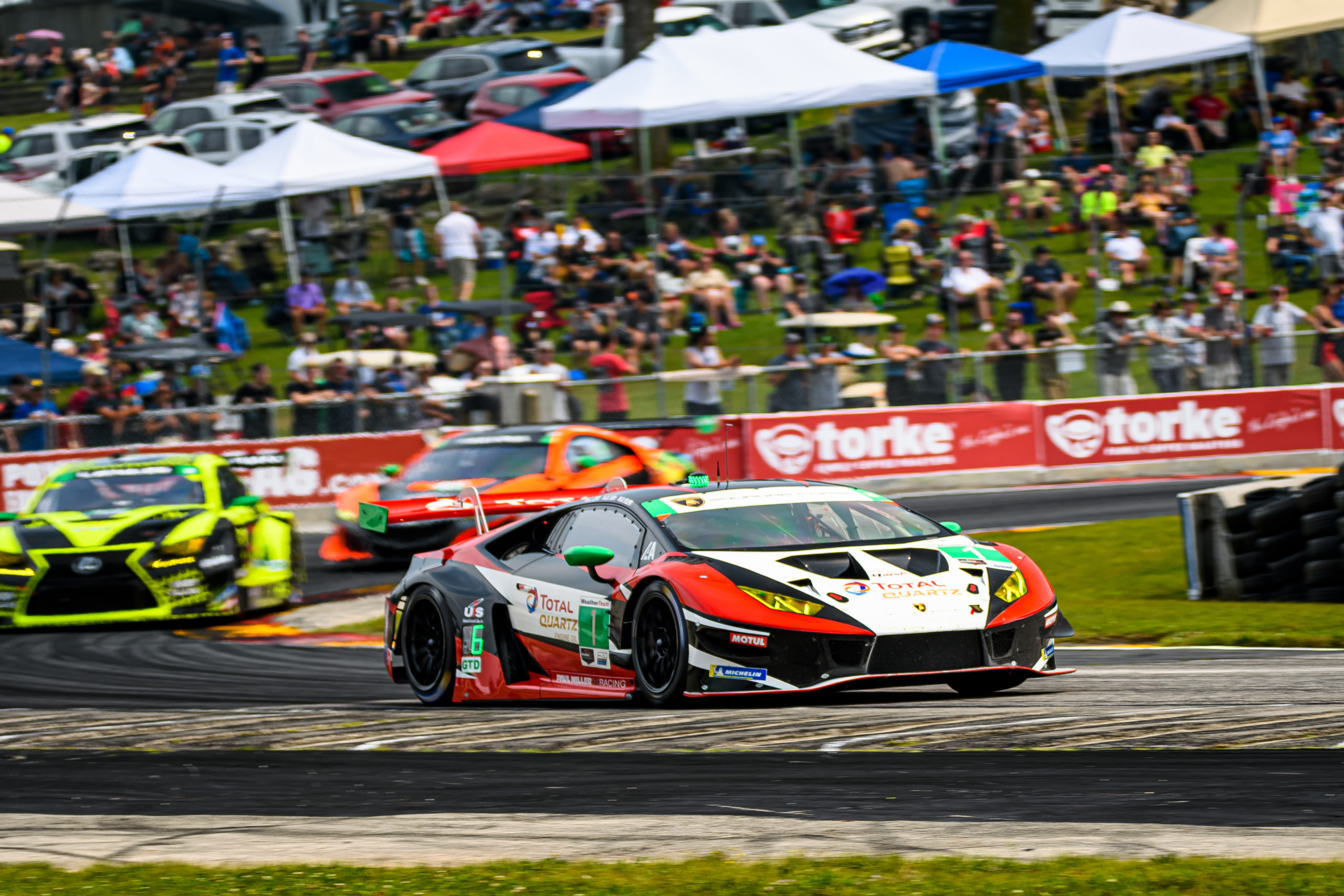 “We needed to take a gamble this race and play on the strengths of the Lamborghini because we didn’t have the outright pace to fight with the guys out in front,” Paul Miller Racing team manager, Mitchell Simmons, said.

“And, as sometimes happens when you take that risk, unfortunately for us this week, it didn’t pan out. Thankfully, we have a great crew and great drivers and were able to lean on them and salvage a seventh-place finish today. But we’ll learn from this and come back stronger next race.”

The IMSA WeatherTech SportsCar Championship will next be in action at WeatherTech Raceway Laguna Seca in Monterey, California, September 10-12.

Madison Snow
“We struggled in practice and qualifying a bit in terms of getting the car where we wanted it. But, the crew worked really hard, and we made a lot of changes, and the car was a lot better in the race. We were battling towards the front but never could quite hold on with the cars. We made a great strategy call on one yellow, and then got caught out on strategy with the second yellow. But, watching Bryan race at the end, it was clear we had a car that could race through the field a little bit—but it would have taken even more pace for us to be able to compete at the very front.”

Bryan Sellers
“It’s frustrating because the result wasn’t what we wanted, but we had a strong race car, particularly over the entire distance of the stints. It’s just unfortunate that we weren’t up front to fight. We have to find a little bit more pace in the car to claw our way up there. I think we’re really close; we just need that little bit more to break through. I will say though, the last 20 minutes of that racing, passing cars and battling, were really fun—until I remembered that it was only for seventh! We were able to outlast people and show we had a good race car, but we definitely have some homework to do before Laguna so we can take the fight to the front.”