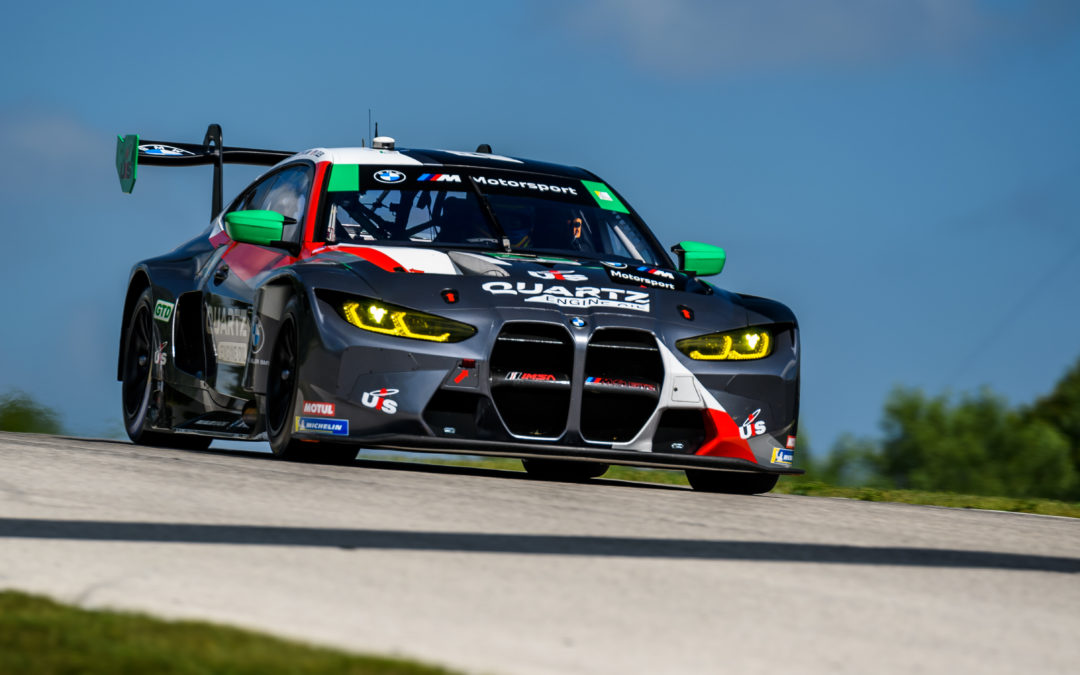 Madison Snow’s laptime of 2:06.674 was eighth fastest in the IMSA WeatherTech SportsCar Championship GTD field, but the No. 1 BMW M4 GT3 was promoted to the seventh starting position following an infraction by one of the teams ahead.

Snow and his Paul Miller Racing teammate, Bryan Sellers, will be looking to advance forward through the field and avoid the potential chaos caused by forecasted rain conditions for the Sunday morning race.

The No. 1 Quartz Engine Oil-backed team has their sights set on the 2022 the IMSA Sprint Cup, a championship-within-a-championship for races two hours, 40-minutes or less. Sellers and Snow currently lead by 212 points over the No. 27 with two races left, and could potentially clinch the title this weekend before the final Sprint race at VIRginia International Raceway. 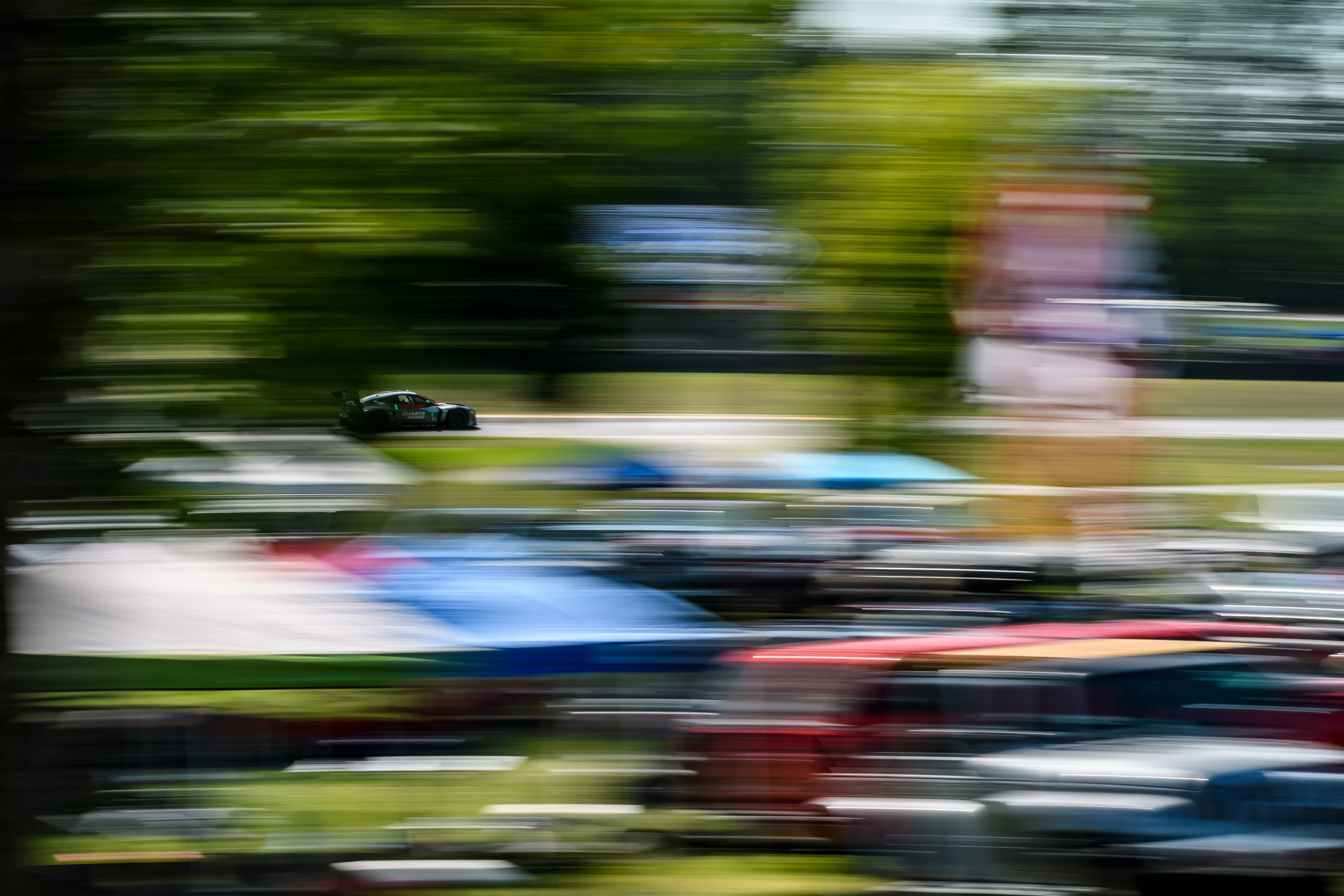 “The silver lining for us today is that everyone will be dealing with brand new conditions tomorrow,” Paul Miller Racing team owner, Paul Miller, said.

“We definitely weren’t the fastest car today, and I know Madison struggled with the handling during his qualifying lap. But, tomorrow is a new day and the forecasted rain will mean everyone is going into the race with a clean slate.

“We’ve been good in these rain races before, but it will definitely be a new challenge—as we have yet to race the BMW M4 GT3 in the rain—so we’ll see what the race brings.” 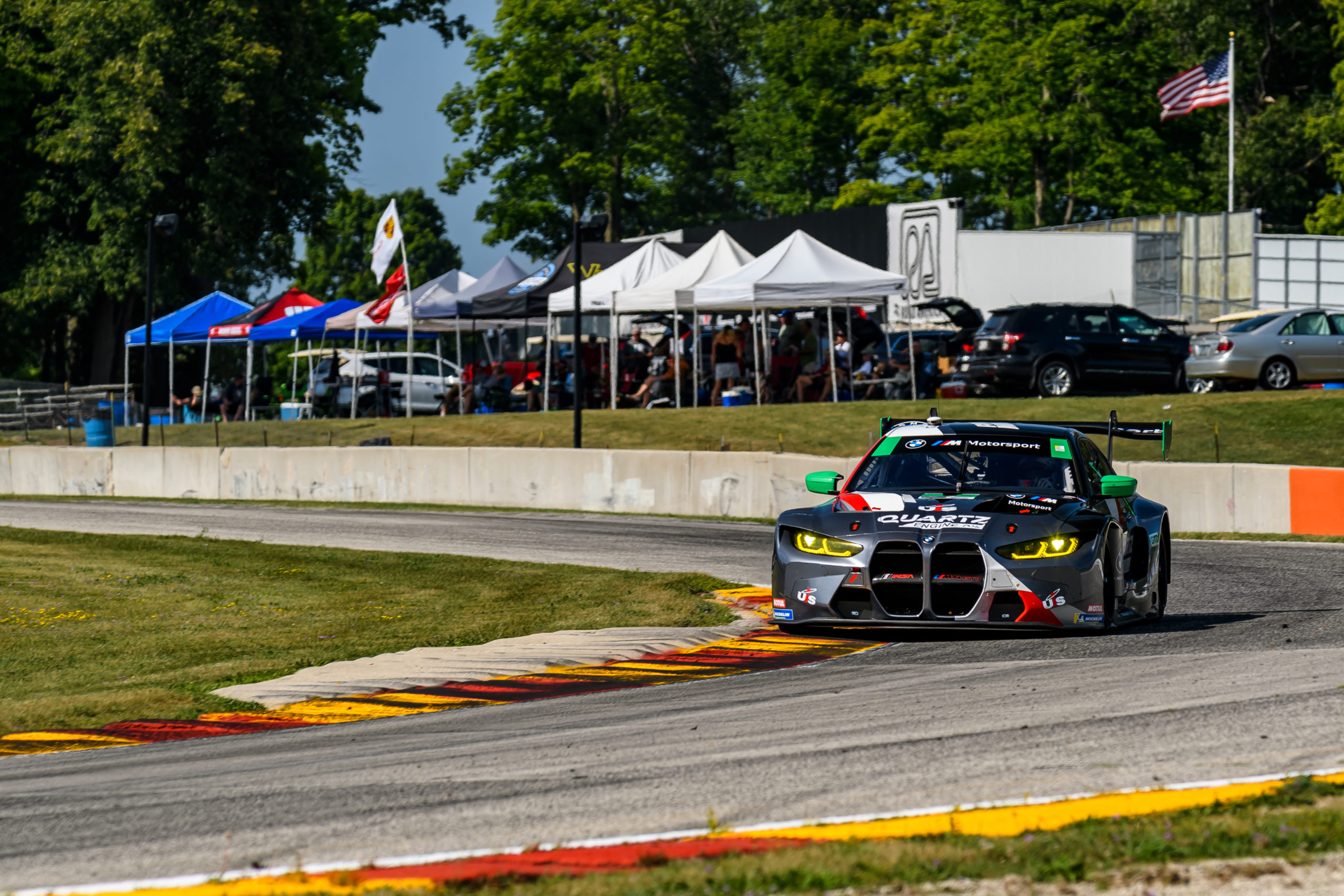 Madison Snow
“Definitely not a great position for us in qualifying today, we struggled a little bit in the car. We’re still learning about this BMW M4 GT3, each new track presents new challenges for us. We did end up close to the No. 27 car in qualifying, so that’s good since they’re our competitors for the IMSA Sprint Cup and if we can keep them in our sights, beating them to that championship is our main objective. So that’s a definite silver lining for us from this session. Tomorrow’s going to be a rain race, so even if the car isn’t great today or right now, everyone will be in the mix in the rain tomorrow and that should give us a chance.”