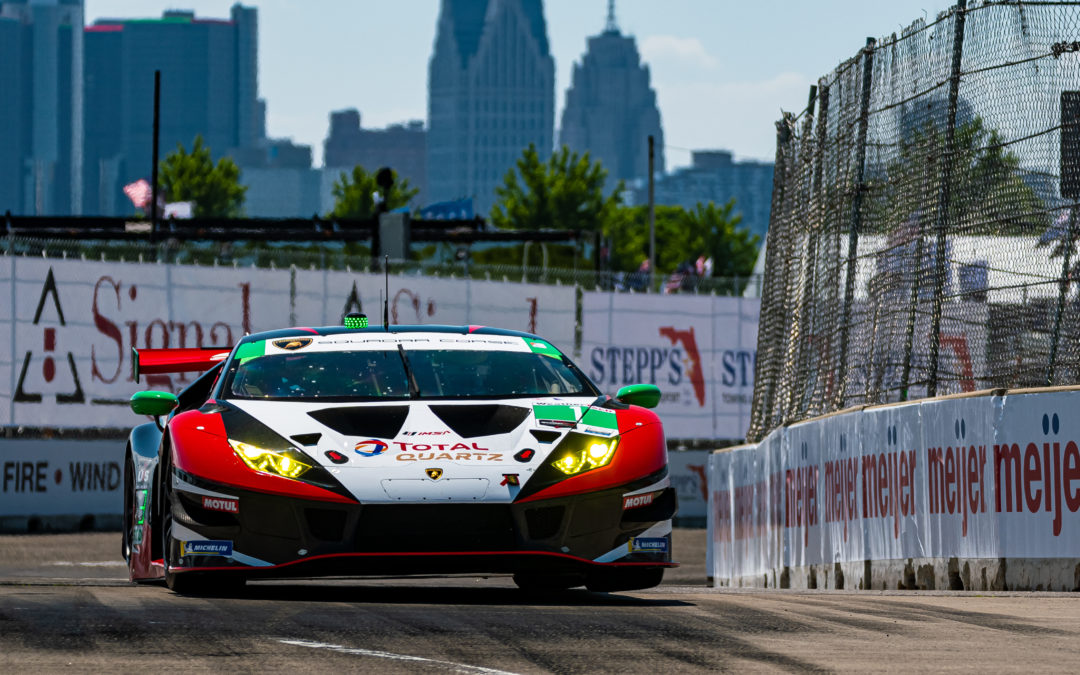 DETROIT, MI (Friday, June 11, 2021) — The No. 1 Paul Miller Racing Lamborghini was a major story on the opening day of the IMSA WeatherTech SportsCar Championship weekend at Detroit, qualifying in the sixth position after changing an engine midday.

The day started well for the Total lubricants-backed Lamborghini Huracán GT3 EVO, with Bryan Sellers setting the second fastest time in the opening practice before handing over to co-driver Madison Snow with just over half an hour left to run in the session. However, with under 15 minutes to go, Snow stopped on track when the car suffered an apparent water line rupture.

Following the rupture, the decision was made by Paul Miller Racing and Lamborghini to change the engine in the No. 1 Huracán GT3 EVO as a precautionary measure. Missing the entirety of the second practice to make the change, the team went to work and completed the swap, rolling for qualifying six hours on the dot from when Snow stopped on track.

Snow would go on to set the sixth fastest time of his session, lining the Paul Miller Racing team up on the third row for tomorrow’s Detroit Grand Prix race. In the points session, Bryan Sellers set the eighth fastest time. 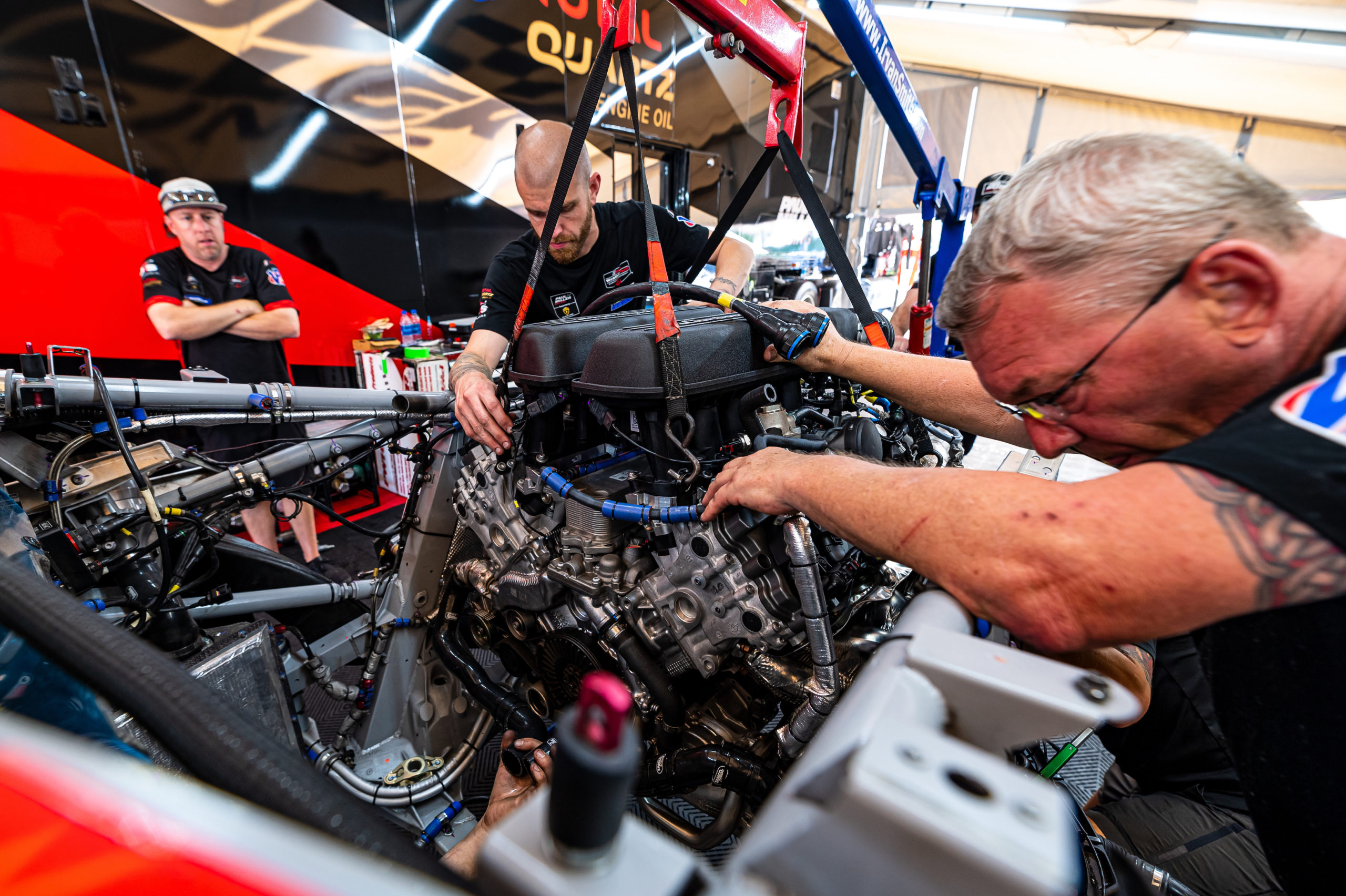 “I think any other weekend, we would be a little disappointed to qualify sixth, but when you look at today on the whole—despite changing the engine and missing a majority of practice, Madison was still faster than half of the cars in GTD. So huge credit to the team, and huge credit to the drivers as well. We got out there, and instead of starting at the back, half of the work is done for us in P6.

“There’s still work to do tomorrow on the setup for the race, but we have warm-up and some time during the day to get things dialed in and hopefully we’ll have moved forward at the finish.”

Saturday’s Detroit Grand Prix race will be shown LIVE on NBCSN beginning at 5:00 PM Eastern. Flag-to-flag coverage will also be available on TrackPass on NBC Sports Gold and the NBC Sports App with authentication.

Madison Snow
“For starters, I absolutely have to thank the crew for getting us out there to qualify. I think that’s really what means the most today. We had just the first practice to get the car set up, and then had to skip the second one.
“We definitely didn’t have the exact car we wanted going into qualifying, but we have a car we can work on and make better for the race. We ended up in a great spot considering how little track time we had, especially when you look at how close the times were ahead of us in GTD. Now, it’s time to go to the race and see what we can do.”