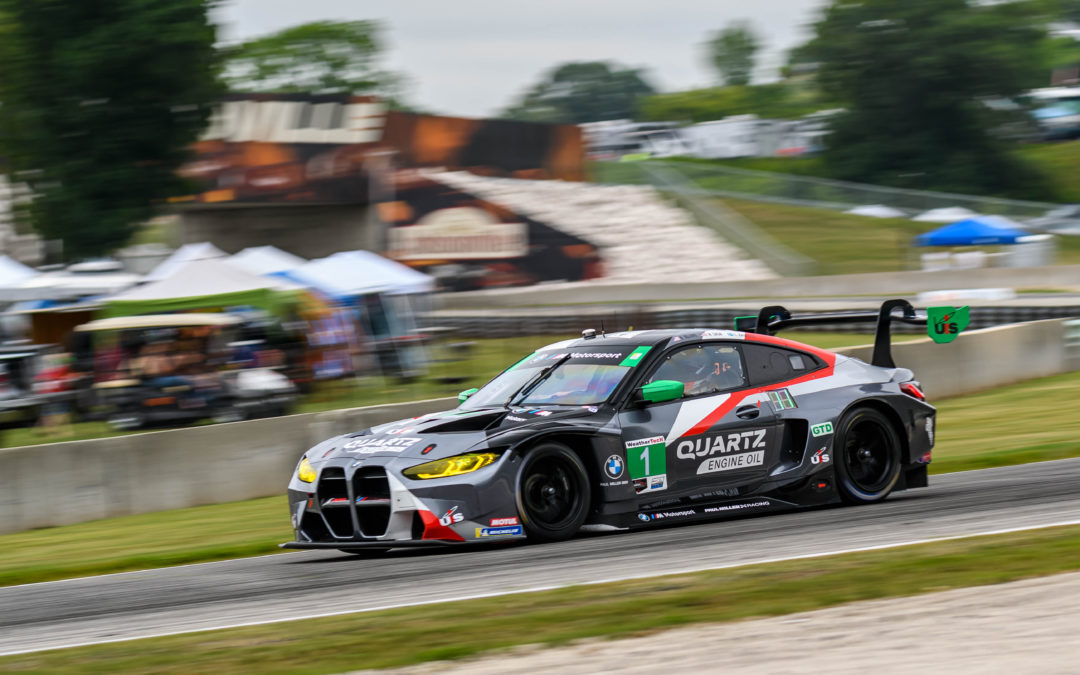 The No. 1 Quartz Engine Oil-backed BMW M4 GT3 team set their sights on the Sprint Cup after missing the opening endurance race of 2022, the Rolex 24 at Daytona. Instead, Madison Snow and Bryan Sellers put their efforts into the championship-within-a-championship for races two hours, 40-minutes or less.

With one Sprint Cup round remaining at VIRginia International Raceway, all Sellers and Snow will have to do is start the race to officially lay claim to the title.

The pair started the race in seventh position and utilized strategy, perfect pit stops, and inch-perfect driving to work their way through the field in tricky dry-wet-dry conditions. The No. 1 crew were running fourth, the first car in line that was certain to be good on fuel for the finish, when a late-race caution extended the fuel range for the cars ahead—with the race ultimately ending under said yellow flag. 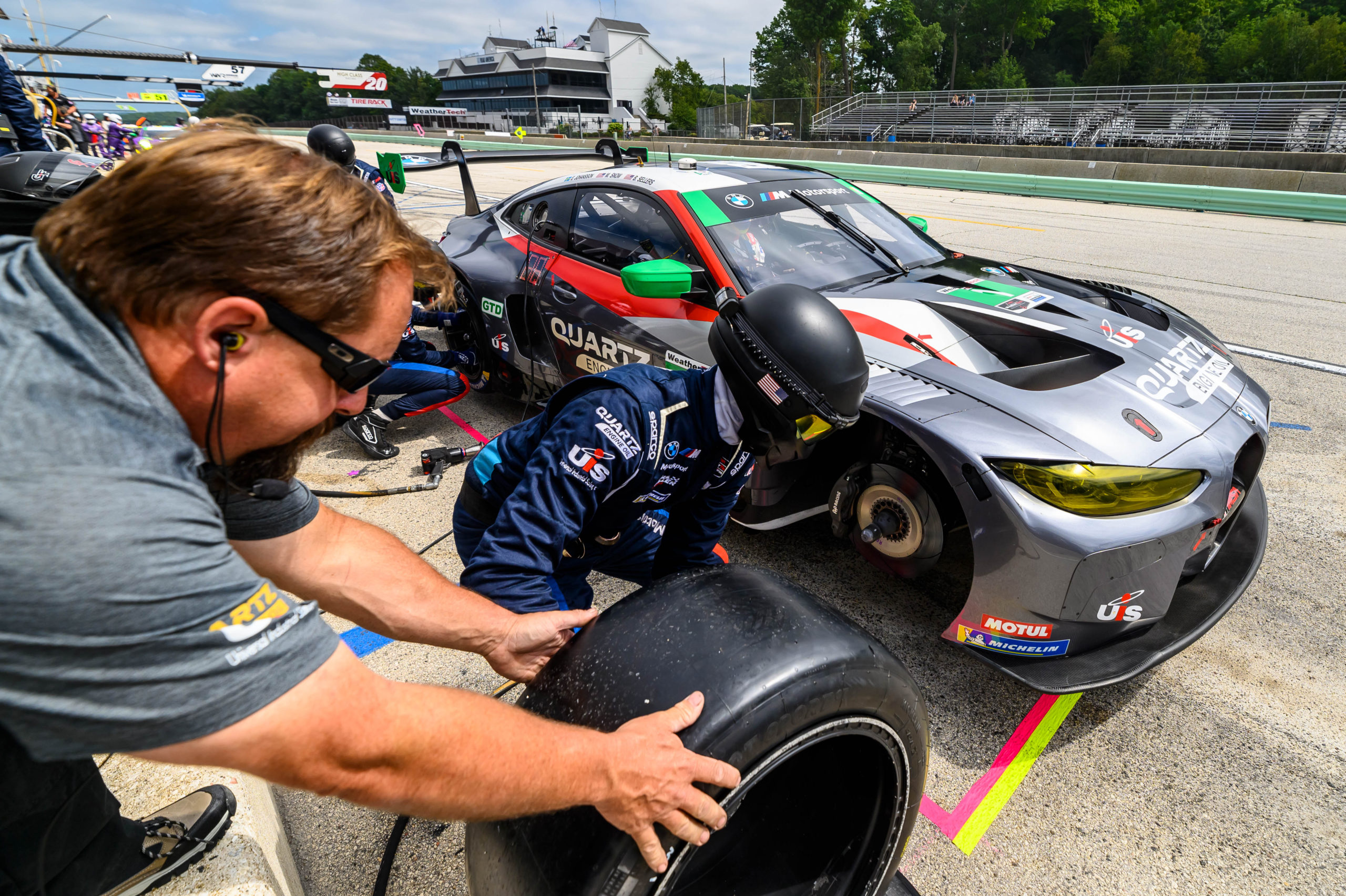 “It’s always great when you can come into a race weekend, and into a season, and check the boxes you wanted to accomplish—and we did that with the Sprint Cup,” Paul Miller Racing team owner, Paul Miller, said.

“This season, we wanted to learn more about the car, compete at the front of the field, hopefully win some races, and win the Sprint Cup, and we’ve done that! It was a tricky race and I don’t think it was our strongest weekend. But, a championship is built on how you perform on your bad weekends, and to come home fourth is a great result that helped us secure that Sprint Cup win.

“Now, for the last two races, we’re going to shift our focus to ensuring BMW takes home the Manufacturers’ Championship both in Sprint Cup and for the full season.” 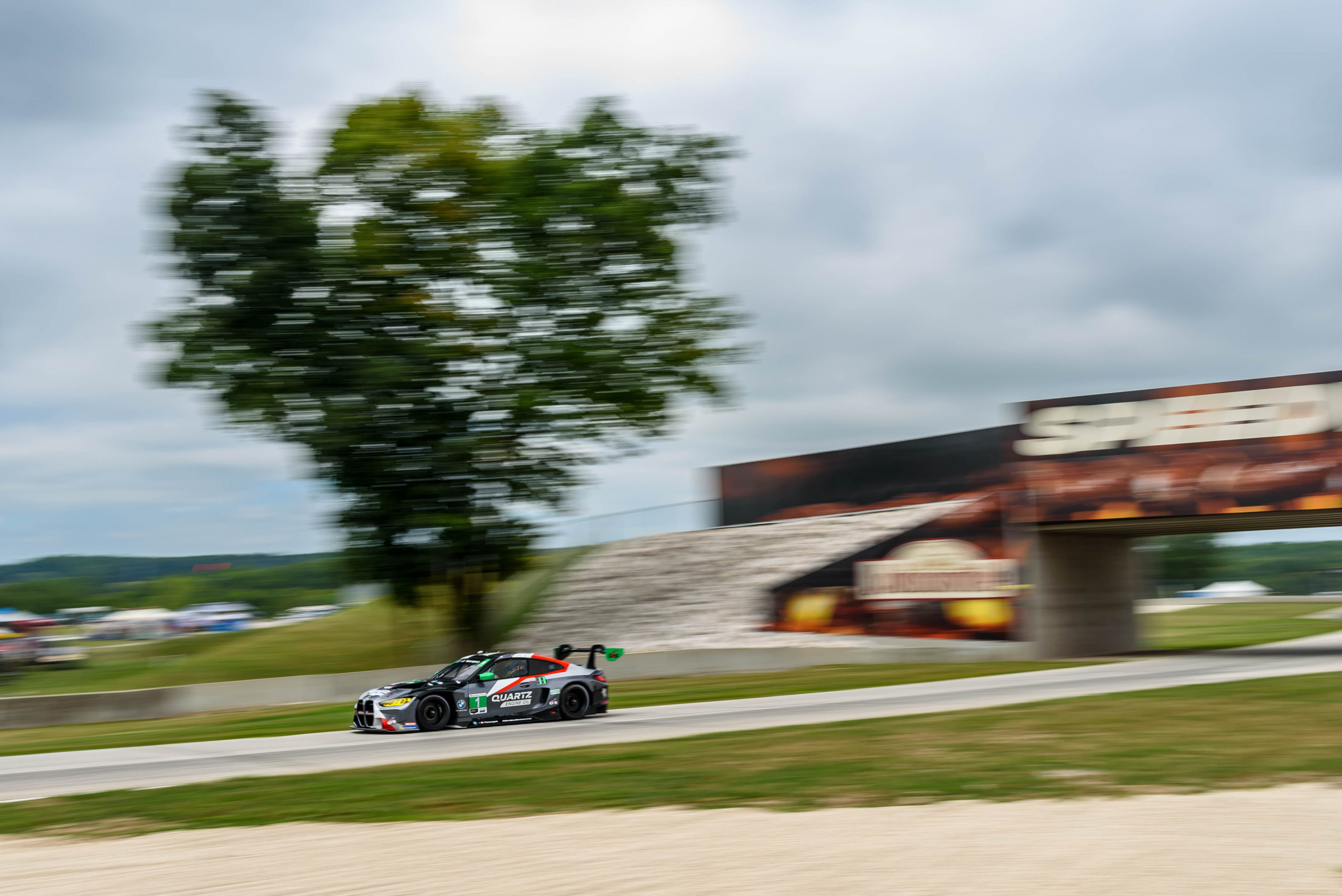 “I really can’t express how proud I am of the entire team,” team manager, Mitchell Simmons, said.

“We came into this season behind the eight ball a little bit because we didn’t get to run Daytona. The only thing that we could win was the Sprint Cup, so we turned our focus towards that and accomplished it with one race to spare.

“It’s really a tribute to how good this team is and the BMW is. We’re looking forward to bringing our A-game into these last two races of the year and hopefully compete for the overall championship next year.”

Madison Snow
“The race went pretty well for us. I had a good start, the car was phenomenal at the beginning of the race. It was really fun driving! The track was not wet, but slippery and it really worked with the car. And then halfway through my stint, the track changed a little bit, it wore the tires and the car became more of a handful to drive. Bryan got in the car right when the rain was starting, so I got to evaluate the rain a little bit, but I was glad he was the guy in the car at that point. Bryan did a great job out there, we sent him out there on slicks for a little while in the rain. It was a challenge to keep it on track, but he was easily the best car out there on the slick tires. We made up for that at the end of the race, Bryan drove great, we made great calls at the end, and ended up P4.”

Bryan Sellers
“We’re super excited about the Sprint Cup. That was our goal! With not being able to do Daytona we were in a pretty sizable deficit in the overall points and from the beginning, we wanted to try and do the best we could in that scenario—and this was it! It feels like a great accomplishment to be able to get that done and super happy with everyone that did a great job to get us there. Sadly, not our best day on track, I think we finished a little better than we should have. We’ll have to do some homework moving forward. But, it’s a good day and I’m so thankful for everyone that’s a part of this program.”