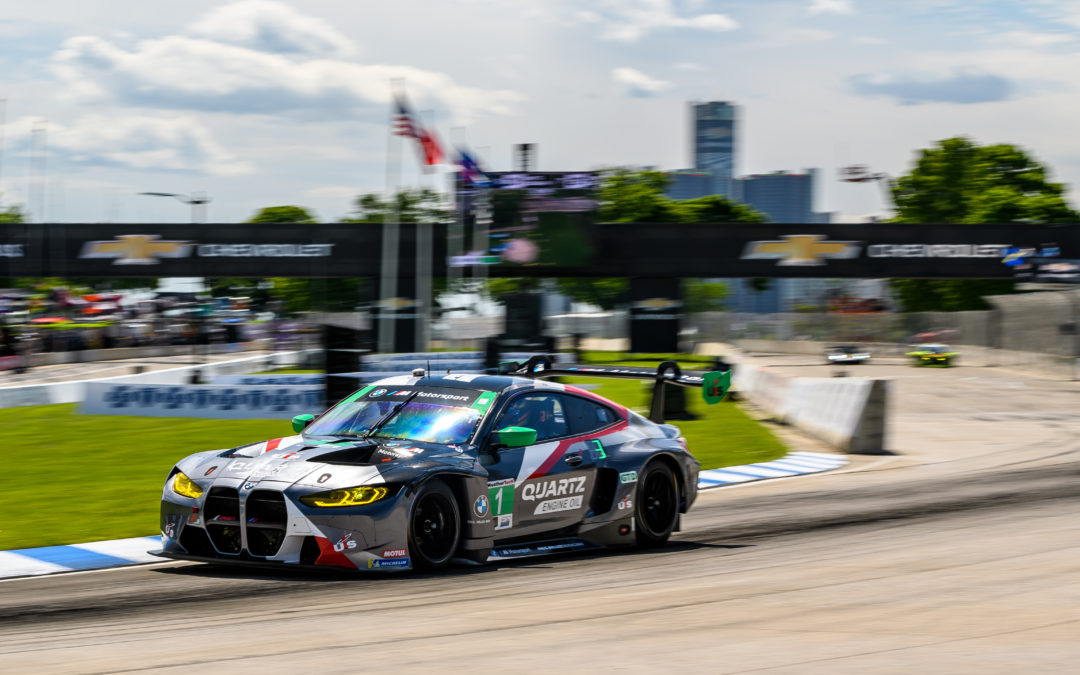 Madison Snow would maintain third during his entire stint, challenging for second and pulling a gap on the rest of the field before handing the No. 1 Quartz Engine Oil-backed BMW M4 GT3 to co-driver Bryan Sellers.

Sellers would also maintain third place during his stint, closing the gap to the lead to just a second before encountering prototype traffic in the closing stages of the 100-minute sprint.

The podium result further extends the team’s lead in the IMSA Sprint Cup, a championship-within-a-championship for races two hours, 40-minutes or less, and moves them into eighth in the season-long GTD points despite the team missing the season-opening Rolex 24 at Daytona in January. 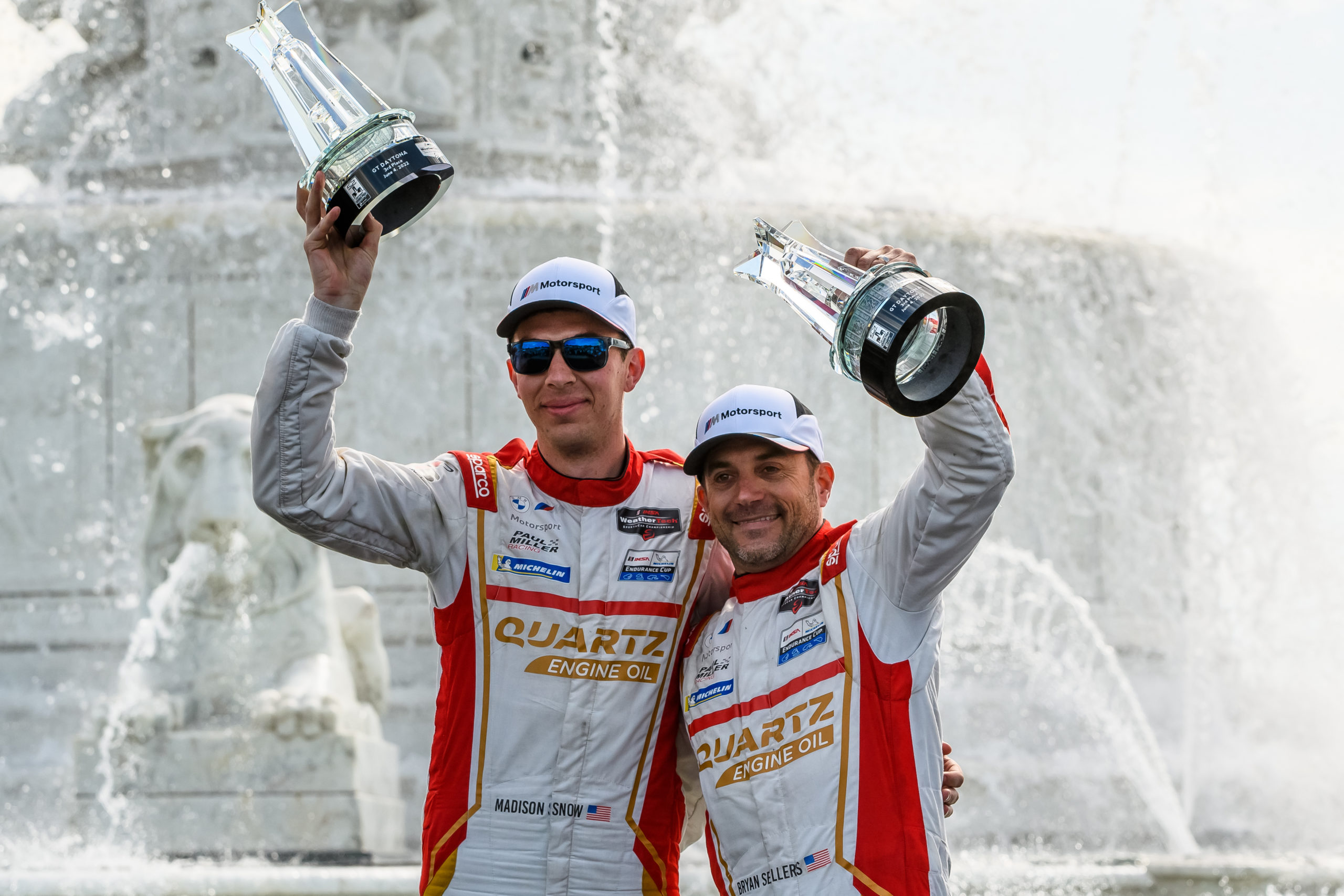 “But, today was all about accumulating points. Today, just like the last three races, we’ve executed well and been consistent and through that we’ve managed to overturn a deficit of more than 250 points in the season-long championship. In addition, we’ve extended our lead in the Sprint Cup even more.

“We tied our best result here from 2017 and 2018, and to leave here with the points swing we’ve had and some podium hardware, we have to be pretty happy with it.”

Madison Snow
“It was a good day! Last race here on Belle Isle, so it’s a little disappointing we couldn’t end it up on the top step—or in the fountain. But, we had a good start to the race. It was really fun! We were all close. The GTD field is full of really good competitors to be out there on track and racing against, so it makes the races a lot of fun—and doing it around Detroit is a fun track to do it at. We had the car set up perfectly. That’s a huge testament to the team. It’s our first time here with the BMW, and it’s a lot more different to Long Beach in this car than I think any of us were expecting when we arrived. We had a lot of work to do to get it set up, but the car was phenomenal in the race. We drove a great race; the crew did a great job on the pit stop; we just didn’t quite have anything to take the fight to the two cars ahead of us.”

Bryan Sellers
“Today was a strong day. I think we had a really good race car, a really fast race car. I think we executed about as well as we could. Unfortunately, it just wasn’t enough for anything more than third place—but that’s alright. We’re continuing to learn the car, learn what it needs, what it wants, and as long as we can keep doing that and keep progressing and keep fighting for wins, we’re moving in the right direction. We still have some stuff to look at: how we can get a little bit more speed, how we didn’t leapfrog some of the cars ahead of us during the pitstop. We’ll go back and figure it out and hopefully go to Watkins Glen ready to go.”