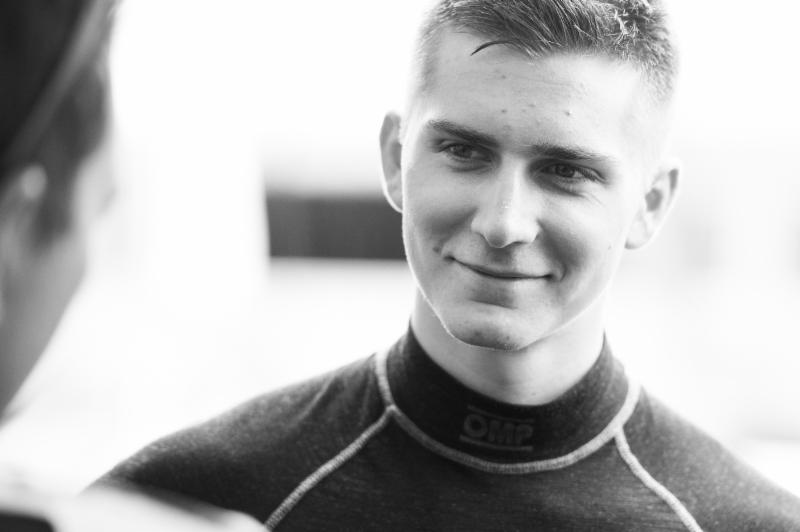 “We’re thrilled to have Trent join us for Petit Le Mans,” said Team Owner Paul Miller, “He’s shown tremendous skill in the support series, and strong promise in his IMSA WeatherTech SportsCar Championship debut last month. He’ll be a positive addition to our team, and together with Bryan and Madison, we’ll be strong contenders for the top spot on the podium.”

The nearly 22 year old New Jersey native began his racing career at the age of eight in go-karts, winning his first national karting championship in 2008. The following year, he followed in the footsteps of legends, competing in the Skip Barber Racing School Southern Series, where he stayed though until the end of the 2011 season. As a MAZDASPEED Motorsports Development driver, he joined the USF2000 series in the Mazda Road to Indy, earning two podium finishes and finishing fifth in the final championship standings. In 2013, he transitioned to touring cars, and a year later joined IMSA in the Continental Tire Sports Car Challenge. He clinched the 2014 championship for Fall-Line Motorsports, and made his international sports car debut in 2015 at the 24 Hours of Zolder on a BMW Motorsport Junior team. In 2016, the young American was crowned the Blancpain Lamborghini Super Trofeo North America Pro-Am champion with Prestige Performance with Wayne Taylor Racing.

Hindman’s first IMSA WeatherTech SportsCar Championship race came earlier this year at the Rolex 24 at Daytona in the Prototype Challenge class. His IMSA GTD debut came last month when he was called last minute to step in to drive a Mercedes AMG at VIR International Raceway.

“These last few weeks have seen the fulfillment of a lot of long time goals of mine,” said Hindman. “There’s nothing I can do but thank Mr. Miller and the entire Paul Miller Racing team for giving me one hell of an opportunity here to run Petit Le Mans. I’m excited for this not only because it’s an awesome chance to run a world renowned endurance race, but also the possibility to work with a team that has been so strong for the entire 2017 Weathertech Championship and comes into the final race of the season with a great shot at bringing home a victory.

“I am very much looking forward to working with both Bryan and Madison as I’ve known both of these guys for quite some time now and have seen the successes they have shared together, and I certainly hope to fit into that dynamic the best I possibly can. Thank you Mr. Miller, Bryan, and Madison, along with Chris Ward and Giorgio Sanna for making this possible!”