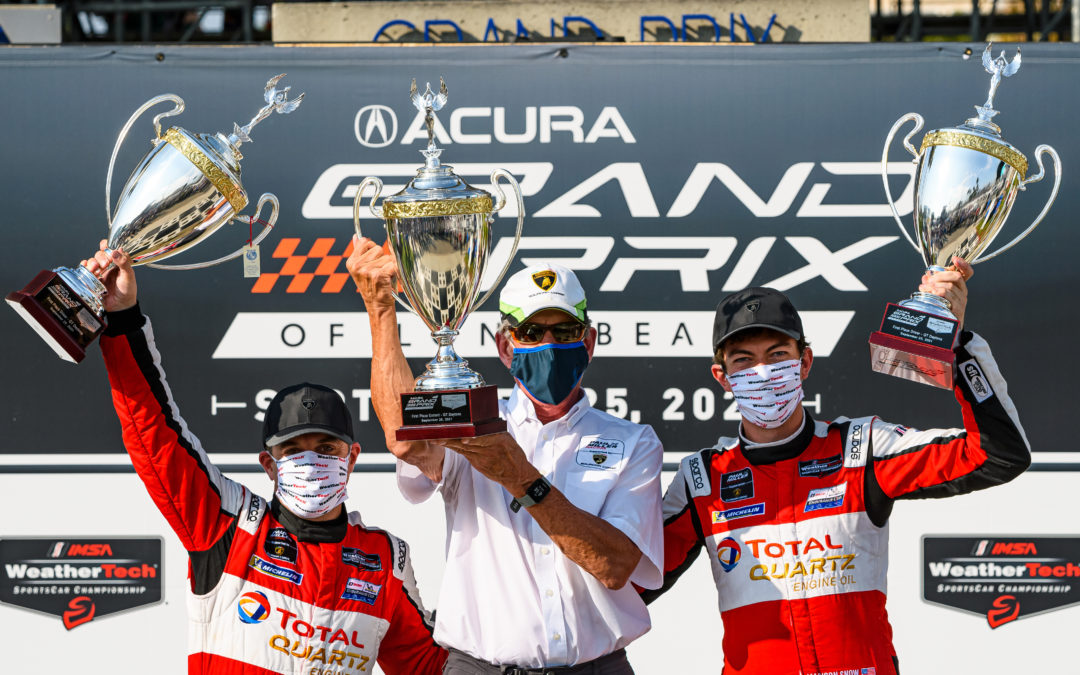 More than 600 days have passed since the team’s last win in IMSA WeatherTech SportsCar Championship win, which came at the 2020 Rolex 24 at Daytona.

The victory propels the pair to second in both the overall and Sprint Cup championships, matching their already second-place ranking in the Michelin Endurance Cup. Snow and Sellers went into the race in fourth position, 86 points back, and now sit second, just 32 out of the lead.

The No. 1 Lamborghini Huracán GT3 EVO pair led 68 of 73 laps during the race, only losing the lead during the pit sequence just past one-third distance in the 100-minute race. And, thanks to only one caution during the race, the team were able to cross the line with a commanding 11-second lead. 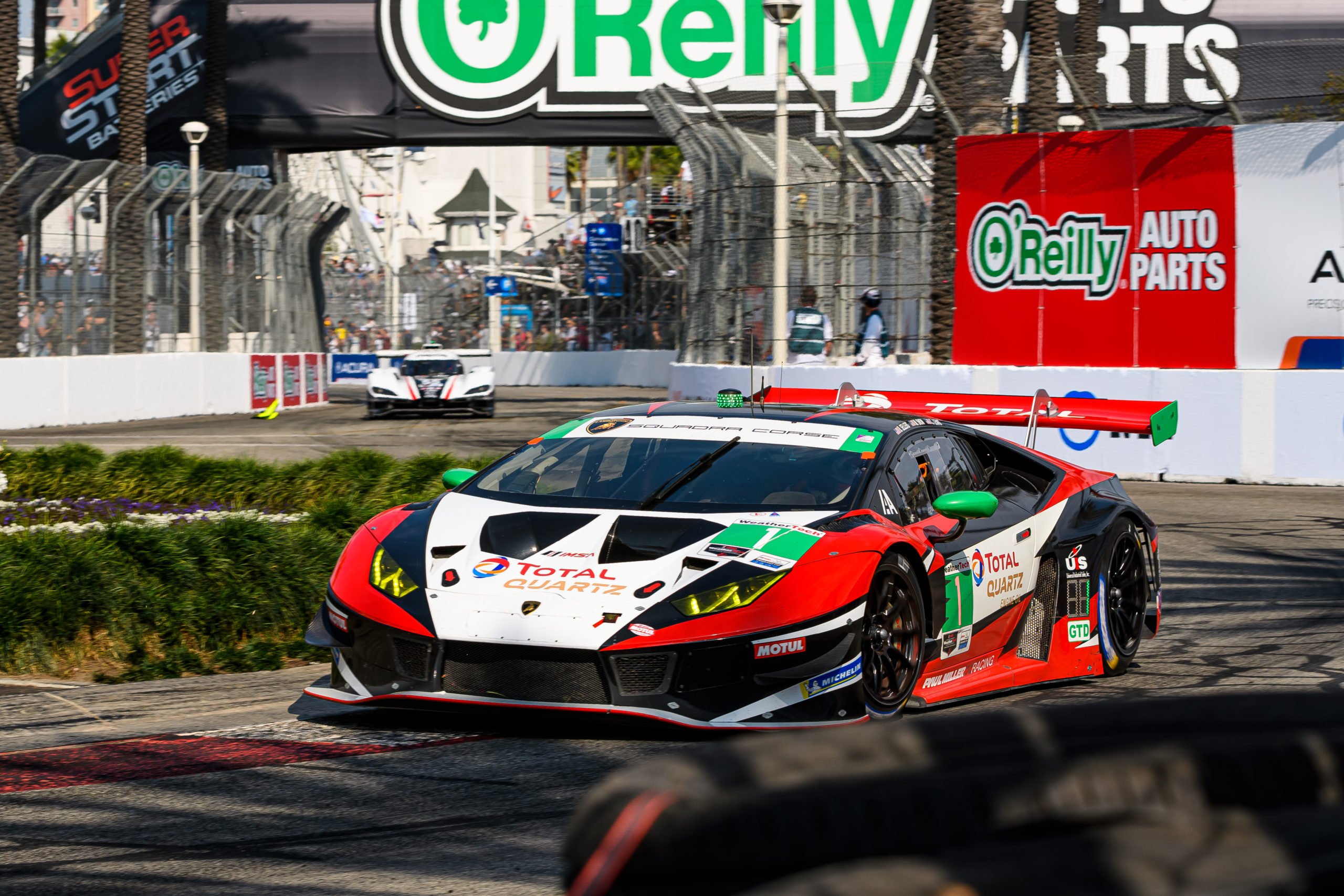 “It’s not often all of the elements come together in the way they did this weekend, but they really did and we were able to pull off a great result. It also comes at the perfect time in the season to make a push for the championship with two races remaining.”

The IMSA WeatherTech SportsCar Championship will be back in action in two weeks on the opposite coast, racing at VIRginia International Raceway for the the second GT-only round of the year.

Madison Snow
“It was great, to get the first win of the season and closing the points gap. To be honest, I hadn’t put enough emphasis on qualifying where we did until the race started and we saw how close the battle was behind us and how both Bryan and I were both able to get a lead and have the pressure a little off of us. But also being a street course, you’re still on it ten-tenths every single time just trying not to make a mistake and still get the optimum out of it. Traffic was fine, I got out of the car pretty quick and I just had to sit there and have Bryan finish the race for me!”

Bryan Sellers
“Long Beach is one of those ones for most of us, especially if you’re American, it’s a place you want to win. It has a lot of history, a lot of great American drivers have raced and won here. To put your name on that list, even at any kind of level is a pretty big honor. It was a great day. We were able to control the race. One of the biggest things about street course racing is being able to be up front in clean air. Your day gets a lot easier when you’re able to do that and able to kind of focus forward and not get stuck behind people. Luckily today, the traffic flow was pretty clean. A lot of the prototype guys, this is a tough place for them to race with us because we slow them down pretty heavily in a lot of places, and most of them were pretty generous with us today which was why you saw so much green flag racing.”