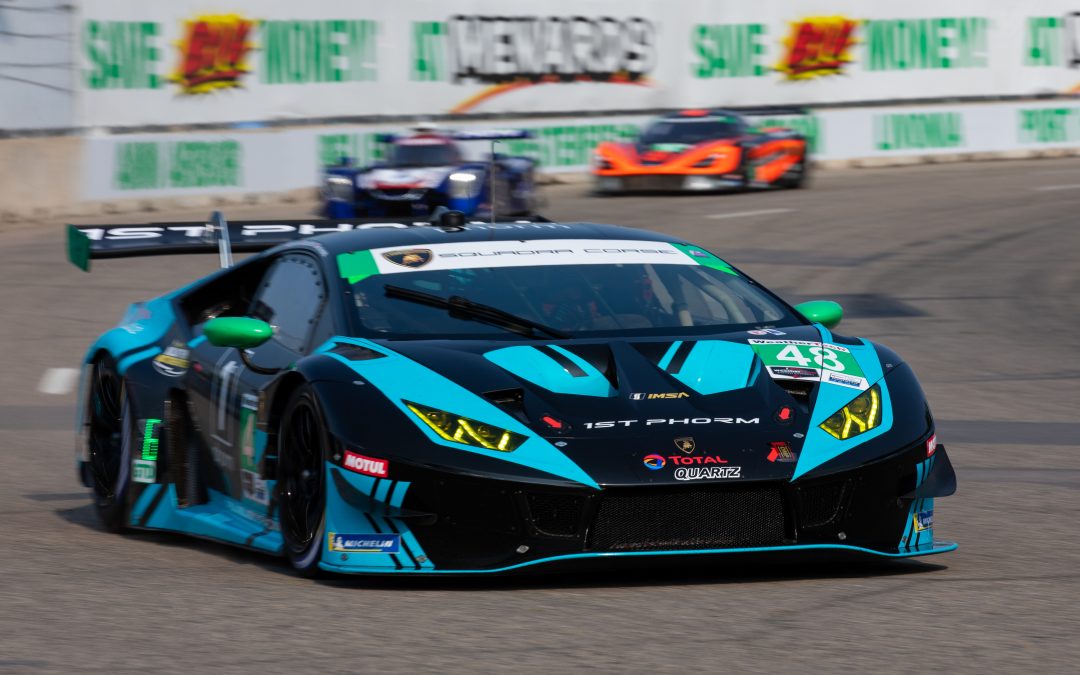 The day started with cloudy conditions, but by the time Hardwick took to the track for qualifying at 5:20 pm EST in his 1st Phorm Lamborghini Huracán GT3 EVO, the skies were clear with ambient temperature at 81 degrees.

The IMSA rookie adapted well in his first day on track on a street circuit. He and teammate Bryan Sellers were second fastest in the first session this morning and sixth in the afternoon practice in the GT Daytona class.

Under IMSA rules, Hardwick will take the green flag for tomorrow’s 100-minute race before handing over to Sellers. The duo will be looking to repeat their podium performance from the last round in Mid-Ohio. 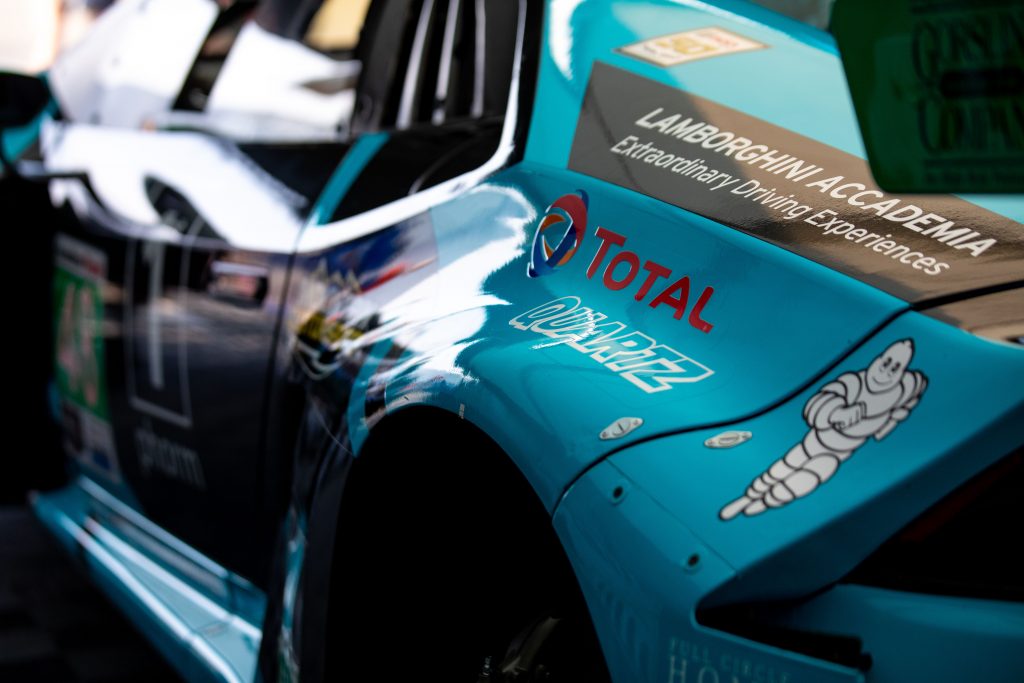 “Usually qualifying is critically important for a street circuit as opportunities for passing are normally very limited, which is certainly the case at Belle Isle. However, Saturday weather forecasts at calling for afternoon showers which changes everything,” Paul Miller Racing founder, Paul Miller said.

“Ryan did a great job matching our best qualifying of the season and putting us into a strong starting position for the 100-minute race.  Our 1st Phorm / Total Lubricants Lamborghini is very well suited to this track, and we’re starting in a good position to fight for the lead, however, if it rains, qualifying will mean little.

“Bryan has always proven to be very good in wet conditions over his career, and Ryan has had plenty of wet weather racing this season in his rookie IMSA GTD season.”

Saturday, June 1, action from the Detroit Grand Prix starts with the 8 am EST warm-up session available on IMSA.com, while flag-to-flag coverage of the race can be seen on NBCSN beginning at 12:30 pm EST.

Ryan Hardwick
“This was my first time ever on a street course and obviously my first time at Detroit. Eight hours ago, this morning I had no idea what to expect.  Everyone on the team told me that I was really going to enjoy street racing as it’s unlike anything else but I didn’t know what to expect.  Our car is absolutely amazing, the guys have done an unbelievable job.  I mean they have proven themselves, these guys have been fast, Bryan has been very fast here for the last several years.  I had a great time, it is really sketchy with the concrete walls.  To go fast you have to be as close as possible without hitting them.  I had a lot of fun, you have to thread the needle and lay it out there but I had such fun with it.  Honestly, it might be my favorite track I’ve been on and I’m looking forward to the race tomorrow.”

In his first ever visit to a street course, @iamryanhardwick put the No. 48 @1stPhorm @TOTALUSA @Lamborghini an impressive P7 on the grid for the @IMSA #DetroitGP. pic.twitter.com/6ArIUrfOie